Join us on social networks :

French IoT 2016: our adventure in the USA

Our device Silent Space® is one of the 16 laureates of the French IoT contest organised by Groupe La Poste! 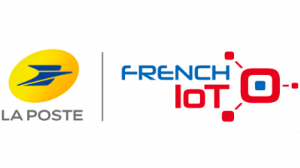 After the success of its first edition and its media exposure during the Consumer Electronics Show (CES©) held in Las Vegas, La Poste Group displayed its French IoT contest in 13 regions of France and surrounded itself with 66 large-scale partners. This year, not less than 280 applications were submitted. To elect the 16 winning projects, La Poste Group gathered a panel of 186 digital experts and 500 associates from both La Poste Group and the 4 main sponsors.
Silent Space®, our fully nomadic and connected sound masking device dedicated to improve the comfort of workers in open-plan offices stood out by its innovating character, the reliability of its technology, its added value and the quality of our team.

The latter, after 6 months of intensive preparation and supported by high ranking consultants, will have the possibility to exhibit Silent Space® during the next edition of the CES©, in January, 2017.
We wish to thank our first customers and partners who believed in our innovation and who have been supporting us since the beginning. A big thank you to the experts who selected us, we shall not disappoint you!

BIG NEWS : We are honored to have been able to be part of exhibitors in this 4th Parisian edition of CES Unveiled.

Since the first CES Unveiled in Paris in 2013, this event continued to attract the A-list of French Tech startups and companies. Our team was in great shape and was able to present our device to a beautiful panel of leading figures in the world of the new technologies and to the media.